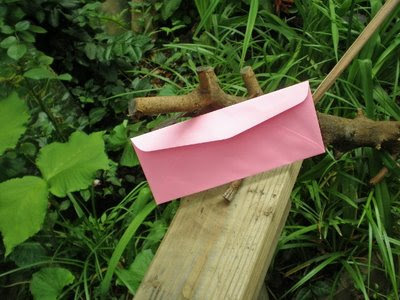 If you find a forgotten letter in the garden, take it.  It is yours.  It was written for you.

Everyday I will send a letter to the garden, which will be left in an inconspicuous place.  The community will be free to open, read, and take them home. Otherwise they will just perish with the elements. It is an ephemeral, almost invisible piece.

Each letter will be signed by a famous historical or fictional gay person. Some will be actual quotations (Michelangelo, Sappho, Shakespeare poems), others will be imagined (Alexander the Great, Alice Toklas, Socrates). Some will contain drawings, photographs, and some will be written by poet Terri Witek.

An anachronistic way of communication to voice repressed history and longing: a monument, a memorial, a gift, a bridge between the anonymity of the urban experience and the intimacy of a love letter.

In the past few years Lopes’ work has been seen in the United States at the Contemporary Museum in Baltimore, at El Museo del Barrio, ApexArt and the America’s Society in New York, at the Contemporary Art Museum in Saint Louis, among other venues.  In the same period his work was also seen in France, Germany, Poland, Chile and Portugal. In his native Brazil the artist has shown at the National Museum of Fine Arts, the Museum of Modern Art of Salvador, and the Museum of Art of São Paulo (MASP), among other institutions.  His work was curated into exhibitions by artists such as Janine Antoni, Luciano Fabro, Ryan Trecartin and Lygia Pape, as well as by curators such as Paulo Herkenhoff.  Lopes was the winner of the Worldstudio AIGA and RTKL awards, the Contemporary Art Museum Project award (Saint Louis), the Stetson/Hand Award, and the Prêmio Phillips of trip to Paris.

The collaborations of the artist and the poet will be reunited for the fist time in the exhibition “but here all dreams equal distance” at the Faulconer Gallery in 2010.

LPV events are made possible by Allied Productions, Inc., Green Thumb/NYC Dept. of Parks, Materials for the Arts; NYC Dept. of Cultural Affairs, NYC Dept. of Sanitation & NYC Board of Education.
Film & Exhibition support from The New York State Council on the Arts, a state agency.
Additional support, in part, by public funds from the NYC Department of Cultural Affairs.

In honor of Women's Month,  Mother's Day and all things Goddess and blossoming of Spring, Petit…

On Friday December 12th at 5pm, Anderson's sizable mural The River was officially unveiled in…

PERSONAL PROXIMITY an evening with ANONYMOUS