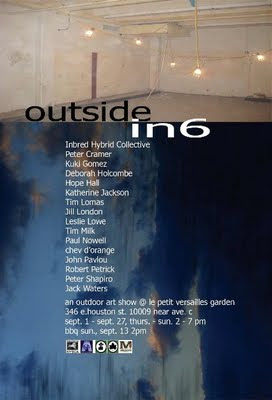 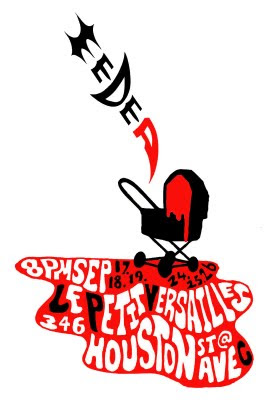 “So let no one think that I’m worthless and weak, who plays nice, stays at home, for that’s not quite my story. I make my friends smile, and my enemies shriek, I’m one of the kind whose life is all glory.”

Medea at Le Petit Versailles is a cross-culturally cast production of a modern, poetic new translation of the classic Greek play.

The production is a site-specific collaboration by local artists from a variety of fields, including dance, visual arts, film, theatre, and experimental music.

The audience steps from Houston St. into another world where the action occurs all around and among them. At first glance it may appear that Euripides in 431 BC had little to say to us about our sophisticated modern age; but when investigating deeper into our own lives, we find his haunting tale hits closer to home than we might like to admit. Exile, gender roles, submission to power and familial obligations are timeless themes we continue to play out and gain particular insight into when returning to the ancient Greeks.

The rain threatened to put a damper on the annual launch of the long-standing, hard-hitting…